Three years ago, I moved to Lindenhurst, IL to live with my husband. I was in desperate need of a new hair stylist! A friend from the area referred me to a girl that she went to high school with and had done her hair a few times. I thought, “let’s try her out!” Fast forward to present day and that girl is not only my hair magician, but also one of my new best friends. I have never met someone quite like Kara. She is someone that I feel like I can be myself with and lean on…someone who is both positive and fun.

Kara has been with her fiancé Chris for almost the same amount of time I have been with Nicholas (my hubby). Nicholas and I have gotten to know them as a fun couple who loves to get together to enjoy a few drinks and play some games.

When Chris asked Kara to be his wife last August, I could not have been more excited for them! I was even more thrilled when they asked me to capture their big day for them!

I LOVE YOU BOTH AND CAN’T WAIT TO SEE WHERE THIS LIFE TAKES YOU GUYS!!

Last fall, I received an inquiry from a beautiful bride-to-be about capturing her wedding. I instantly connected with her and couldn’t wait to meet her in person, along with her high school sweetheart, Dayton. I quickly felt like I had known her for years and had the best time getting to know them during their engagement session.

Their big day is finally here (tomorrow) and I am so honored to be able to stand next to them when they say “I DO”. In light of them waiting for many many years for this moment, I wanted to look back at how much fun we had celebrating their new beginning.

These two have a special place in my heart. I have known this couple for many years and have gotten to know them on a personal level. I was jumping for joy when Cody popped the big question last spring.

Today was going to be their wedding, but they decided to postpone it until next summer when they can celebrate the way they’ve dreamed of. It can be a bummer to push off your day, but I know it’ll be worth it! Until then…I wanted to relive their engagement session from last summer. Hang in there guys, can’t wait for next year!

I have had the pleasure of getting to know this beautiful young lady over the last few years. I first met her while working her brother’s wedding and then met up again when I worked her friend’s wedding. Fast forward, she got engaged and contacted me to capture her big day!

Of course, I was thrilled! During their session (just north of the city), I got to know the newly engaged couple. Not many couples can say they met on both of their 21st birthdays. Attending Illinois State University, Jackie decided to celebrate her big milestone birthday at her apartment for a little pregame action. She then noticed a tall handsome man that she had never met before. They discovered that they shared a birthday and they quickly become interested in one another. Many years later, the two will tie the knot and begin the next chapter of their fairytale.

One of the best things about my job is that I never know who is going to walk into my life. Almost two years ago on a Sunday afternoon, three girls walked into my house to a boudoir session for their men. Little did I know, I would soon make close friends with those crazy ladies!

Fast forward (one year later) and one of the girls has said YES to marrying her best friend. They had planned out tomorrow to have a big ceremony and celebration of their love. Like so many others right now, their big day was postponed until next month. Ashley and Pete are still planning on getting married on their original date of 06/06/2020 with close family. I couldn’t be happier for them.

A little back story behind the couple of Ashley and Pete. They both got hired on the same police department, but they didn’t get a chance to get to know one another due to Pete getting deployed for Afghanistan. So nothing really happened for awhile. Once he got back to the states, a bunch of people would hang out together because they were all close to the same age group, allowing these cuties to get to flirt and crushing on each other. Pete did have a lot of coming and going due to the Army, they would keep in touch here and there, but Ashley always made sure her plans would involve seeing Mr. Pete. Then one day he asked her and their friend Jamie to go to a concert, where the drinks were flowing. While they were enjoying the music, Pete had a random girl starting to chat with him. Let’s just say that something in Ashley snapped and ran to him. They planted a big kiss and the rest is history!

I am bummed that I won’t be able to be right there to whiteness their marriage, so I wanted to post their engagement session I was able to do for them last summer. Congratulations to the soon to be Mr. and Mrs.

Now that the world has given the chance to slow down and appreciate all the little things we seem to take for granted, I wanted to start blogging more sessions I had this past season to celebrate L-O-V-E. Because love wins every time.

Noah and Alex have to be one of the most relaxed, easygoing couples I had the chance to document. This past fall they made the trip down from Appleton to have their engagement session. The fall colors, smells, and breeze were absolute perfection. During our session I learned so much about them, from them meeting online to all the trips they enjoy taking. I think it’s easy to see how much in love they are and how much they enjoy life.

In just a few short days my little brother (Kyle) will be waiting for his bride at the end of the aisle. Chelsey has been such a joy to our family and makes an excellent addition! The two met six and a half years ago in college when Chelsey was celebrating her 21st birthday.

I still remember Kyle coming home for Easter bursting with excitement to tell us about the cute blonde he met! He proceeded to ask my advice on where to take her for their first date. The excitement was something different than anything else I’d seen from him before. After a few weeks, I made my way up to Oshkosh to meet the wonderful girl he couldn’t stop talking about. I’m not going to lie, I’m a very big critic when it comes to my brother. I wasn’t sure how the meeting would go. The second I met Chelsey, I saw it. I saw what he saw. I could instantly see how kind, sweet, and bubbly she was. I knew my brother had found something special. She always made me feel like a close friend. The amount of memories that we have made together over the years is something I hold very close to my heart.

I can’t wait for Saturday…to finally (officially) gain the sister I never had. Lets pop that champagne and dance the night away!!! I love you both so very much and I can’t wait to see where this crazy world takes you guys!!! Congratulations on becoming Mr. and Mrs. Resler!!!!

One thing I have learned about being in this business is how really small this world can be. Kylie reached out to me a few months back to ask if I could capture her wedding that is coming up next May. We emailed back and forth and made the choice to do their engagement session in Chicago where she and her fiancé were moving to. Once the evening arrived and we finally met in person, we quickly learned that we were all from the same town of Muskego and Nicholas (the groom to be) grew up playing baseball with my little brother.

Throughout the session I really got to learn about the two of them and how their relationship grew. They are high school sweethearts who spent the majority of their time apart from each other. As the years passed, they knew it was right when distance was never an issue. I am so happy that they get to finally be together in a new city. I know the wedding celebration will be worth the wait!

Audra and Luke have been waiting for this moment for many years. After spending a spring evening together walking around the beautiful Lincoln Park, I could easily see how perfect and adorable they are together. With living many miles apart from one another, they are so excited to finally be together forever. Their November wedding will be here before we know it and I can’t witness the beginning of their lives together

Wisconsin Winter engagement sessions can be a challenge. My couples have to be prepared to fight through the cold while looking their best! In meeting Aislinn and Jamal, I hoped that the weather would work with us to give them a great experience. Not only was the weather COLD but they had also just tackled a five hour drive from Minnesota! The minute we met and started shooting, they proved that they would not let those obstacles stop them from cuddling up and celebrating their engagement. They took their session as preparation for their December wedding.

These two are extremely adorable and I can’t wait to stand next to them on their big day! 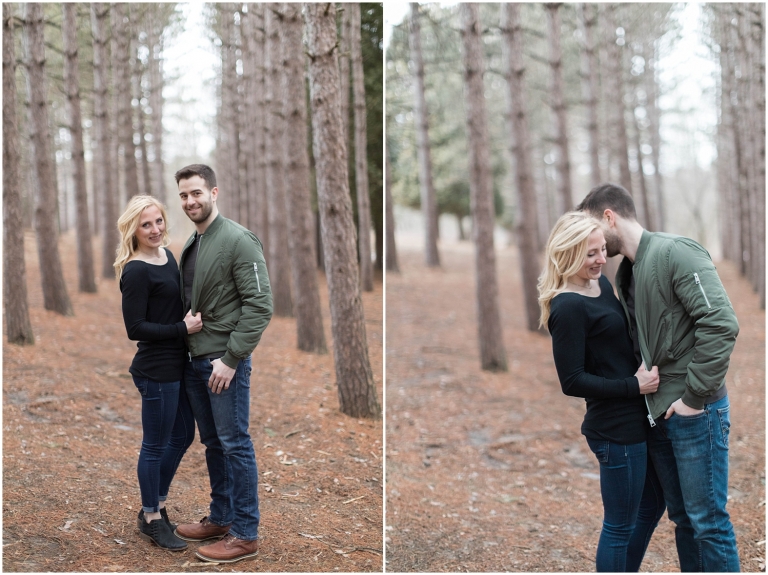 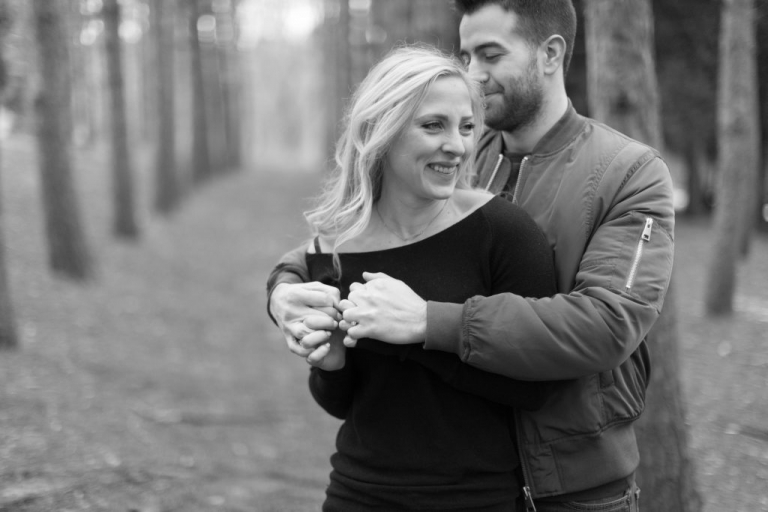 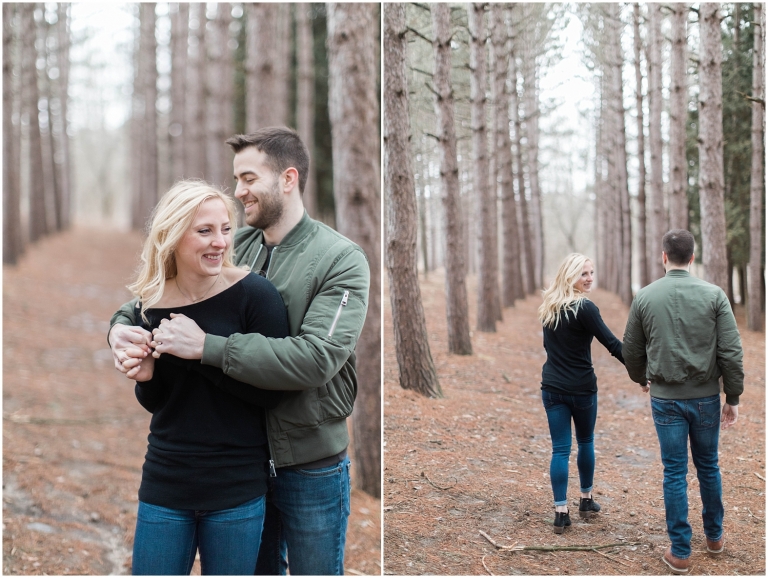 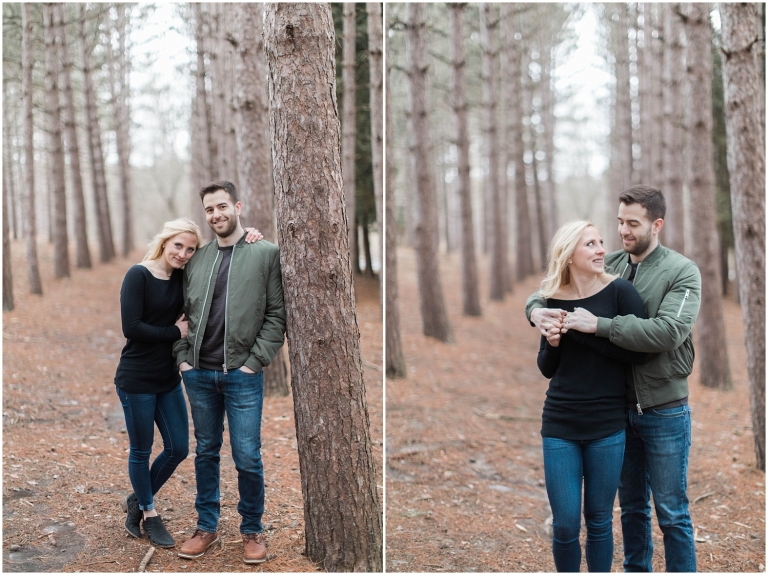 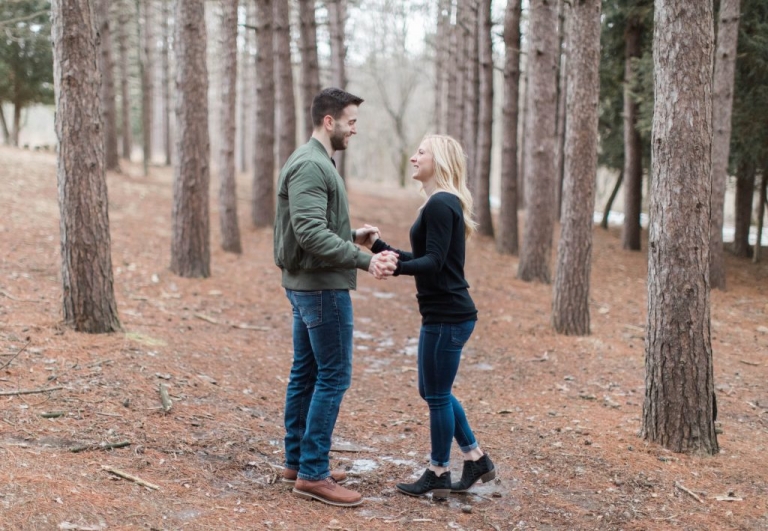 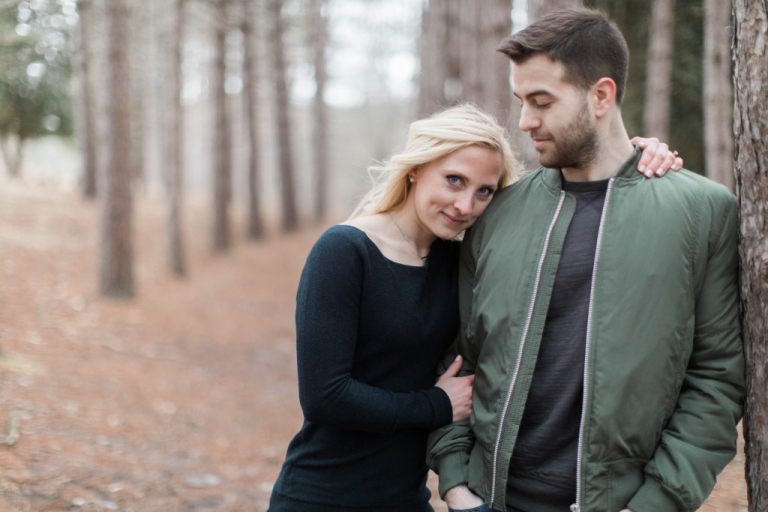 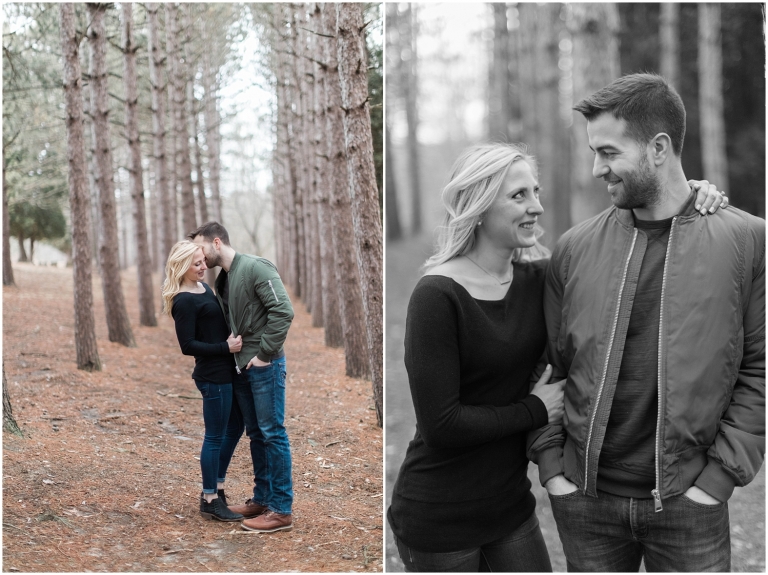 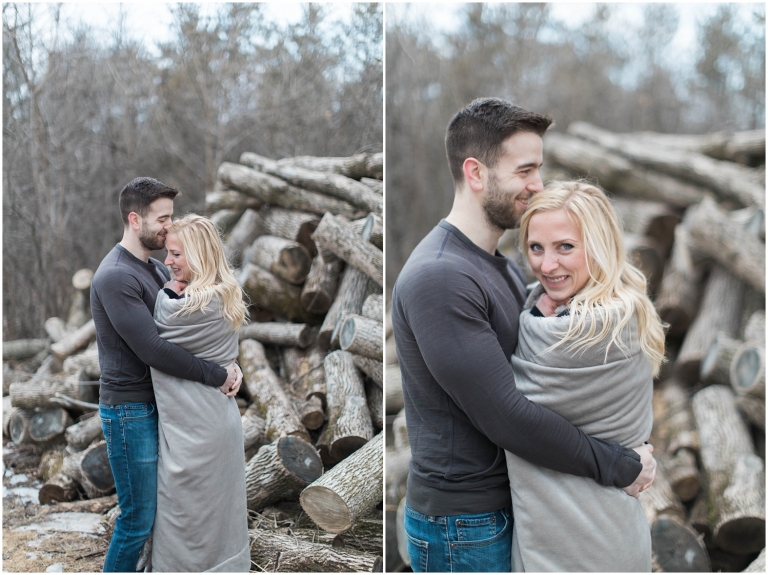 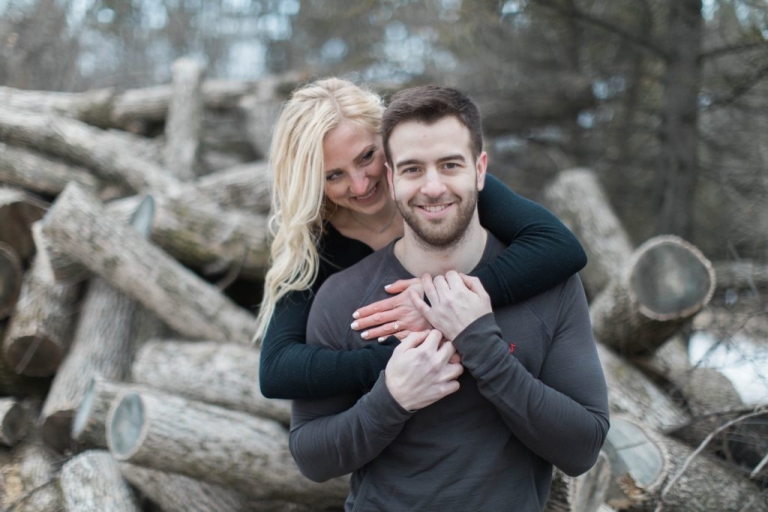 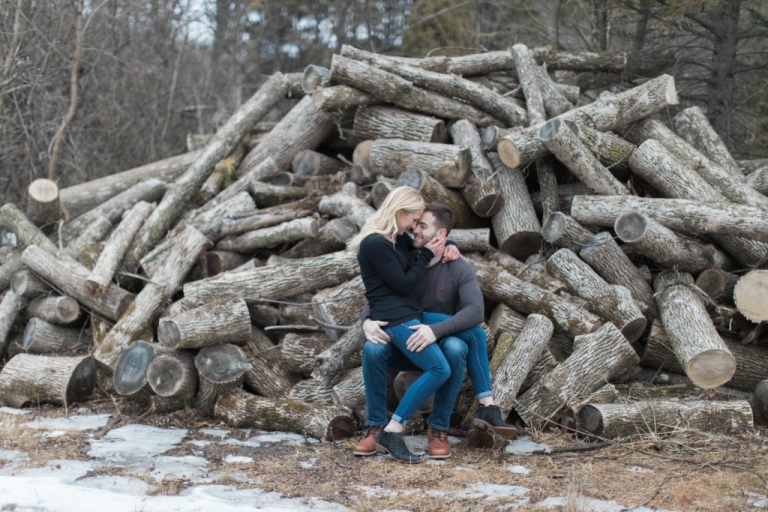 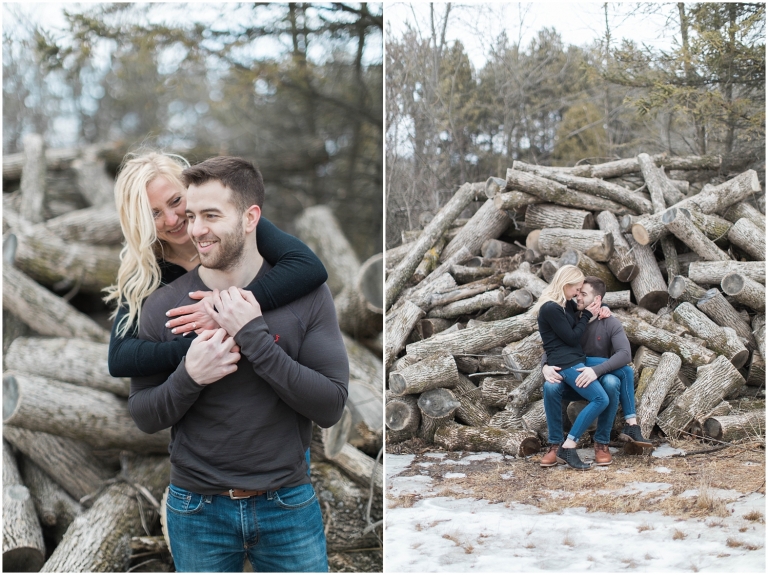 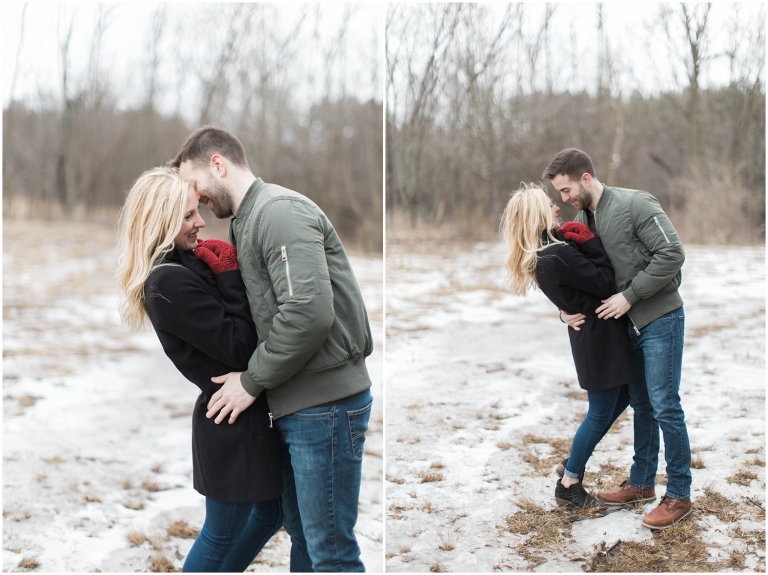 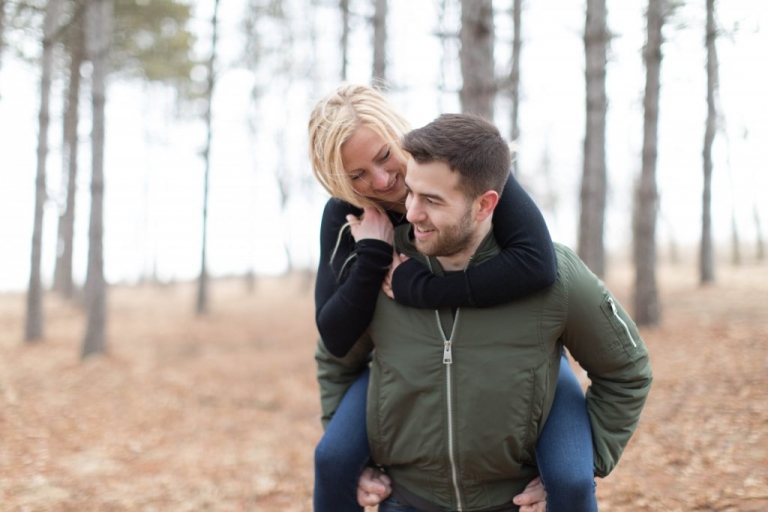 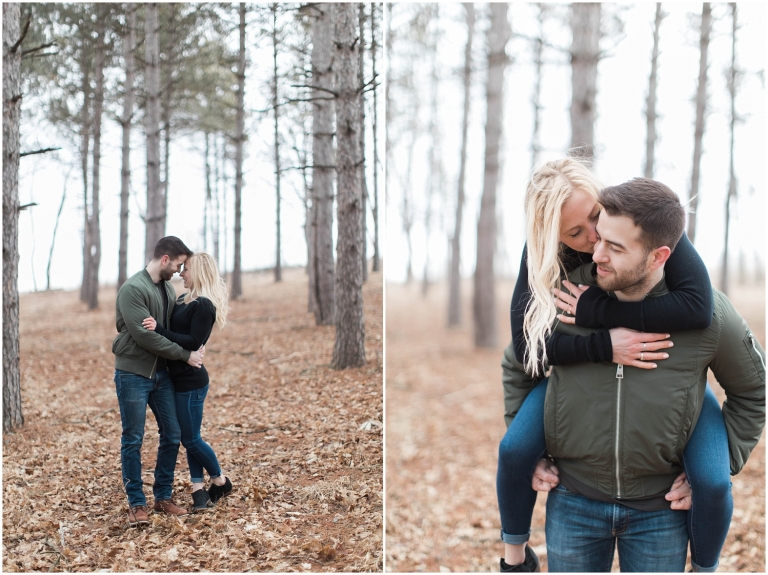 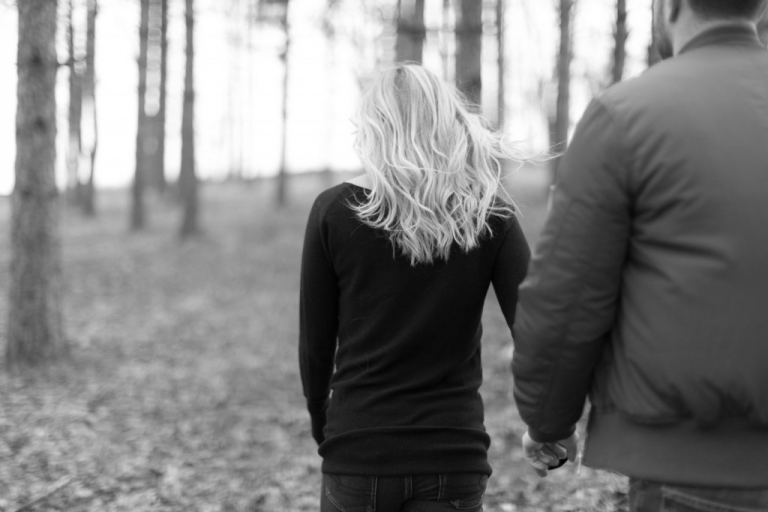 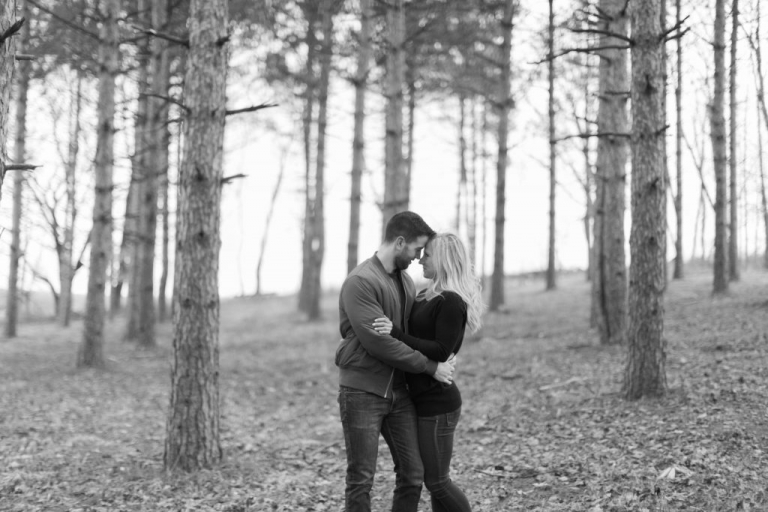 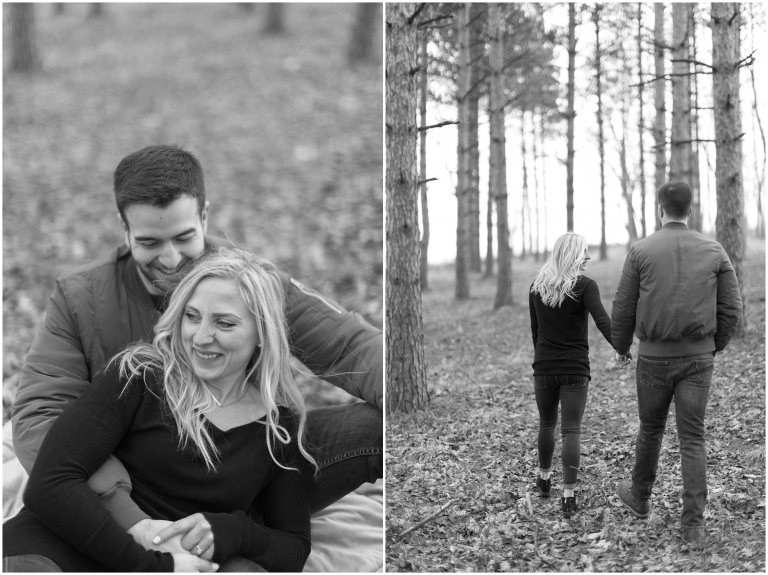 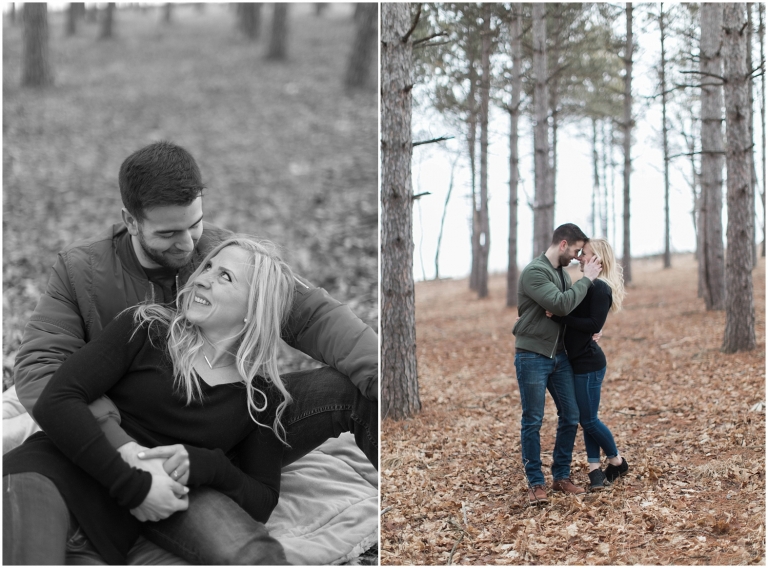 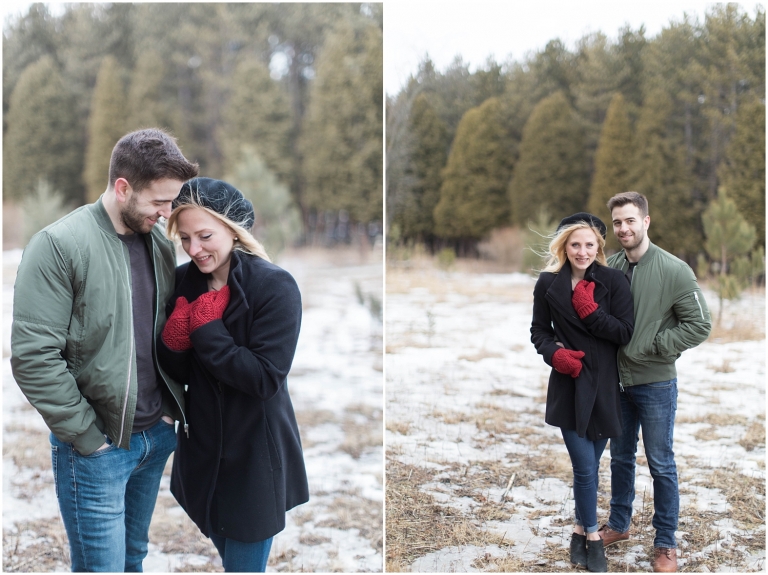 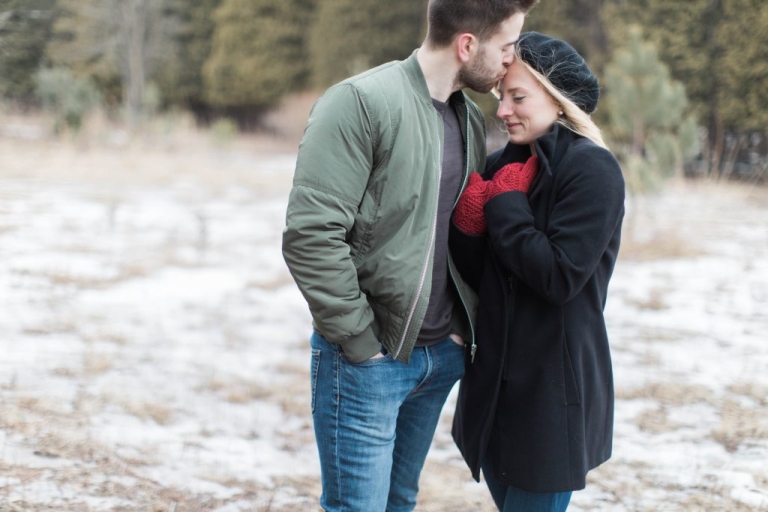 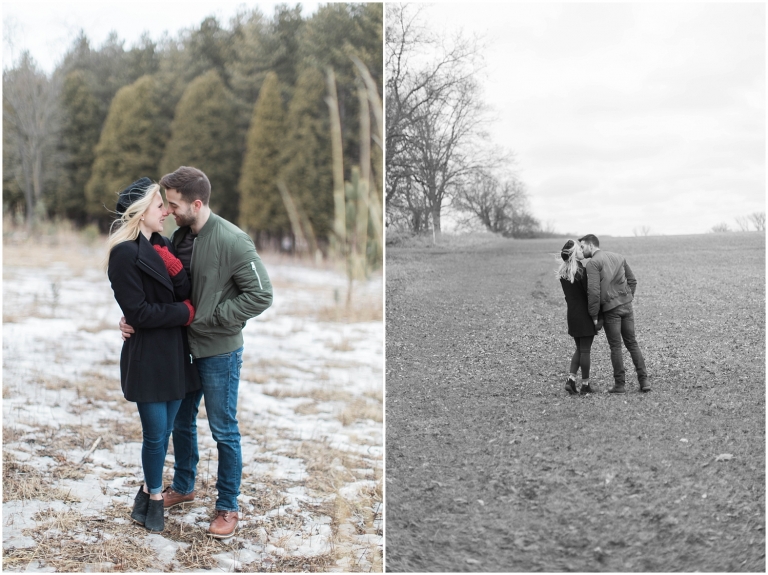 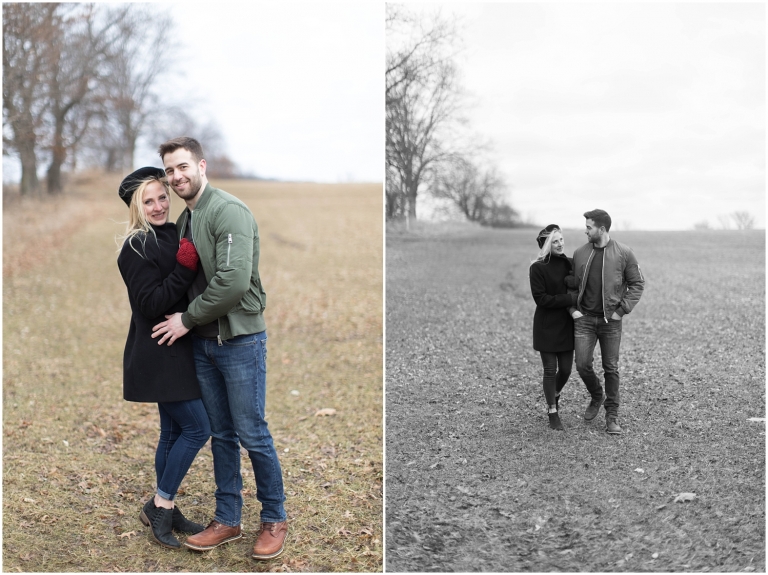